Instituto Cervantes and the Embassy of Mexico invite the public to enjoy the richness and variety of Mexican cinema through La Literatura en el Cine Mexicano, Mexican films based on classic literary works, every Saturday this September, 6 p.m.,

Instituto Cervantes and the Embassy of Mexico invite the public to enjoy the richness and variety of Mexican cinema through La Literatura en el Cine Mexicano, Mexican films based on classic literary works, every Saturday this September, 6 p.m., at the new Intramuros branch of the Spanish cultural center, located at Casa Azul, Plaza San Luis Complex.

The cycle kicked off last Sept. 1 with the screening of La Rosa Blanca, which tells the story of a peasant called Jacinto Yañez, who owns a ranch in the middle of the land that foreign oil companies have acquired for their exploitation. An oil company representative offers Jacinto a huge amount of money for his land but he declines, triggering a series of problems for his family. Directed by Roberto Gavaldón and based on B. Traven‘s novel, the film dramatizes the struggle for control over Mexico’s oil resources in the 1920s.

On Sept. 8, the program continues with Los Albañiles, which was helmed by Jorge Fons from the novel by Vicente Leñero. The film explores several cases of widespread corruption and neglect linked to some unsolved crimes. When a watchman is found murdered on a construction site, the investigation swiftly turns from the criminal to the political aspects surrounding the building which might have brought the situation about.

The Mexican romantic drama Doña Bárbara will be shown on Sept. 15. Directed by Fernando de Fuentes and based on screenwriter and Venezuelan author Rómulo Gallegos‘ classic novel, the film zeroes in on the encounter between the titular character and a young lawyer. Doña Bárbara is a woman who, after a dark past, becomes a powerful and wealthy landowner. She takes out her hostilities on the weaker male sex in her country. Meanwhile, a young man returns after studying law in Caracas to recover and take charge of his property in the Venezuelan plain controlled by his ruthless, seductive and mysterious neighbor Doña Bárbara. She falls in love with him and tries to make him hers at any cost.

On Sept. 22, the film cycle will screen Santa directed by Antonio Moreno from the novel by Federico Gamboa. The melodrama, considered to be Mexico’s first talking picture, tells the story of a beautiful, innocent Mexican girl who lives happily with her family until a soldier, Marcelino, arrives in her hometown, seduces and abandons her. The young woman, who got married to the soldier against her family’s wishes, suffers from the shame of her wrong decisions and turns to a life of prostitution, becoming the most popular working girl.

The program concludes on Sept. 29 with the drama Pedro Páramo. Directed by Carlos Velo and based on Juan Rulfo‘s famous novel, it chronicles the journey of a young man named Juan Preciado in search of his father, Pedro Páramo. Juan arrives at Comala to demand what is rightfully his, due to a promise given to his mother on her death bed. 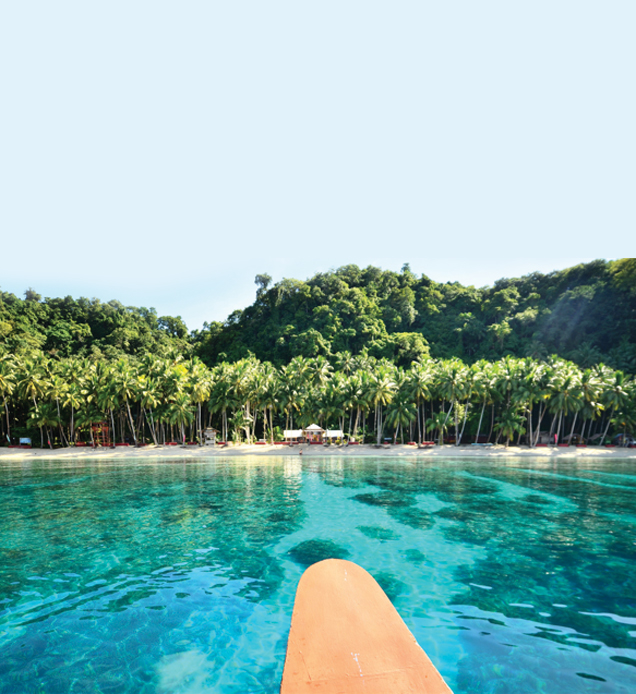 CATANDUANES: An Easy Pursuit of Happiness